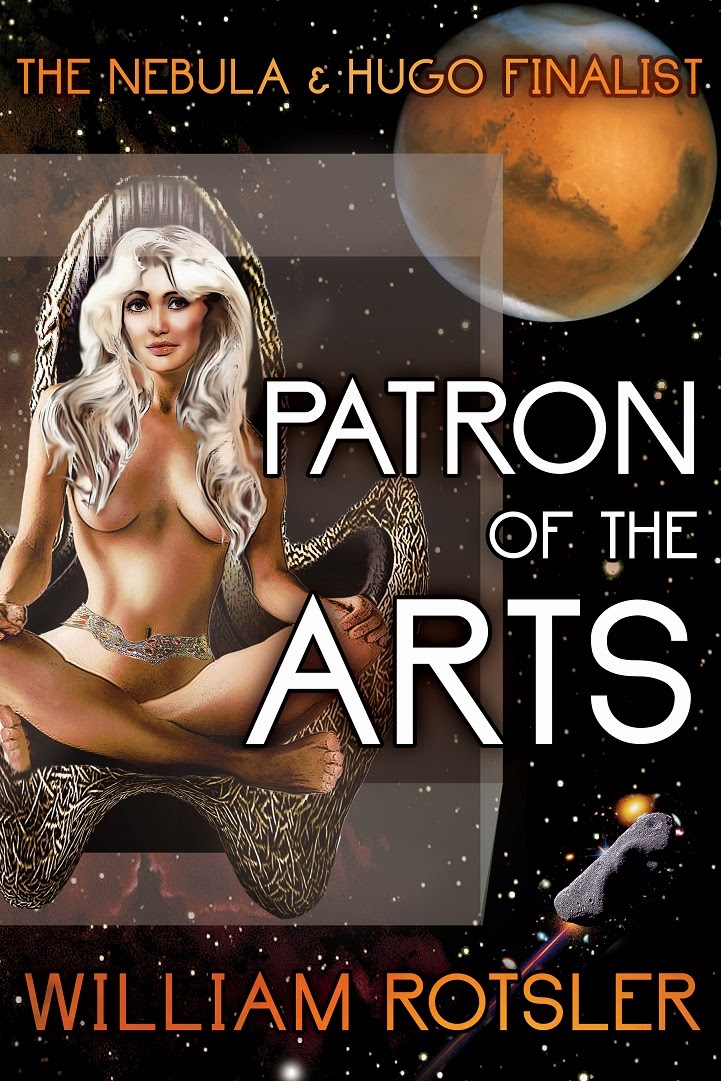 WHAT UHURA'S FIRST NAME REALLY IS
By William Rotsler 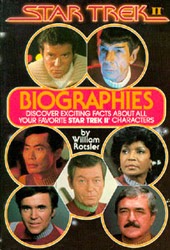 William ("Bill" to his friends and fellow fans) Rotsler was a science fiction author, whose novelette, later expanded as a novel, Patron of the Arts, was a finalist for both the Hugo and Nebula awards. The following is part 1 of a letter Rostler wrote in response to The Best of Trek 10, a paperback from New American Library/Signet, reprinting material of interest from the legendary fanzine Trek. The letter was then printed in The Best of Trek 13. 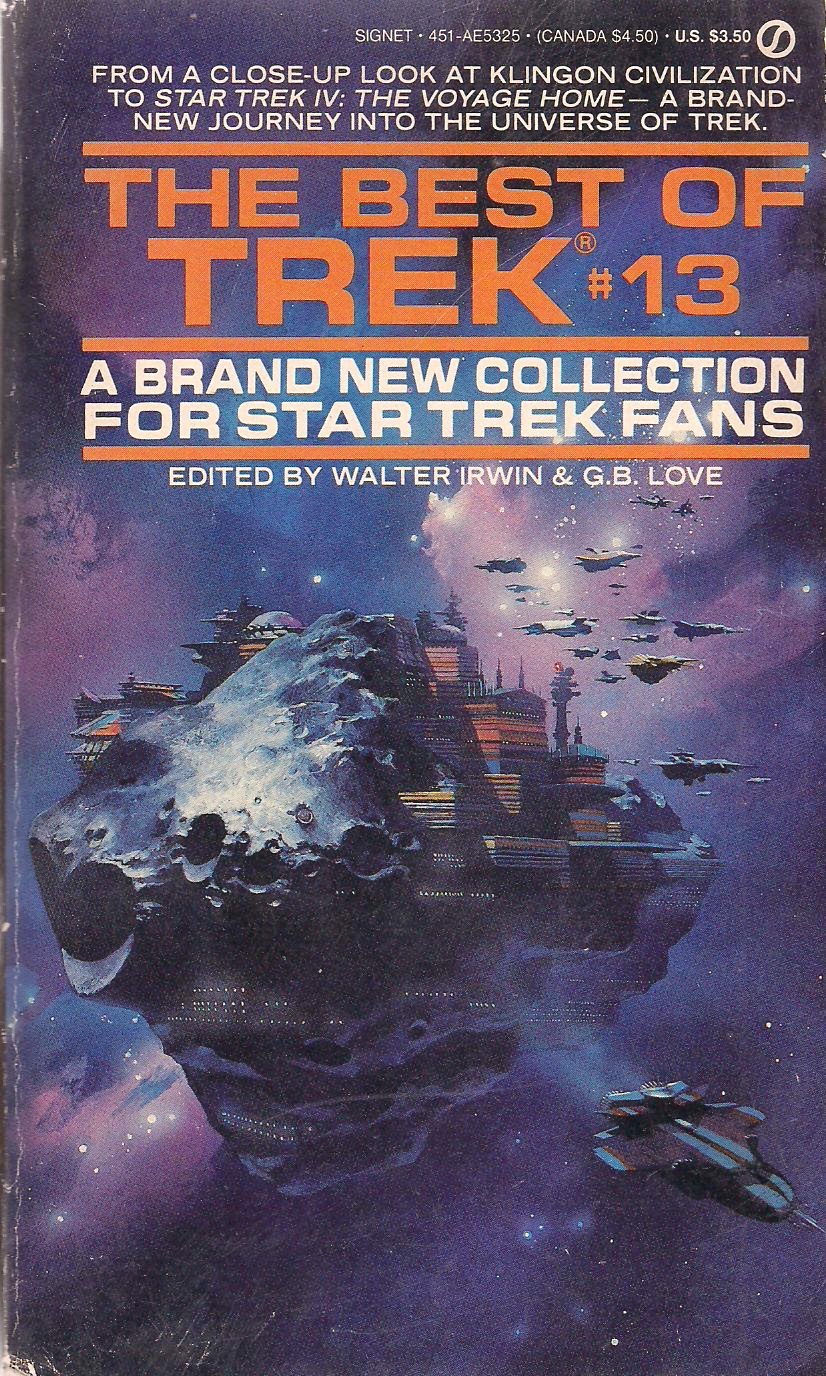 In part it is a response to complementary, but occasionally erroneous pieces about Rotsler's own Star Trek books written for Wanderer, a young readers imprint of Simon & Schuster publishing. Rotsler had followed Star Trek from the beginning, and approached the work both as a fan and a professional science fiction writer. (Check this blog for part 2 of this fascinating missive, "More than You may Have Ever Wanted to Know about My Writing Star Trek Books.")

I was thumbing through The Best of Trek #10 when I discovered—to my surprise—not one but three references to my book Star Trek II Biographies. I thought you might be interested in reading a few words on these books, and on the references to them.

First of all, the very fact anyone knows about the book is astonishing to me. I've gone up to dealers at conventions (but not Star Trek cons) who are selling tables of nothing but Trek material and they've never heard of the book. This is not to beef up my royalties, for I get none—it and the six other Star Trek books were all "buy-outs" as they say in the trade. But that book, over the other six, I thought would be of more than ordinary interest to Trekkies. I've done about three dozen books for Wanderer Books, which is a division of Simon & Shuster, just like Pocket Books. This includes the first six of the "new" Tom Swift series (with Sharman DiVono, who wrote the Star Trek comic strip for a while), also movie novelizations and originals based on franchised characters. Some of them, including two Star Trek books, were interactive (kinda), or "plot-your-own-adventure" books, as the publisher calls them.

The distribution on these books is terrible. In checking over one hundred book stores in Seattle, San Francisco, New York, Baltimore, San Diego, Chicago, and Los Angeles, I saw a few of the Tom Swifts, but only one or two copies of two or three books.

Anyway, me doing the books was a big surprise to [my then publisher] Pocket Books, who thought they had a lock. But they do novels, which left me plot-your-own (2), real-little-kiddy-books (2), short stories (2), and the biographies (1). This all was my editor's idea, not mine. So there you have one correction, as one of your writers had me doing novels.

The other correction comes on Uhura's name. I read The Best of Trek backward, and so did not come to Nicky Jill Nicholson's "The Naming Game" until I had seen several references to "Penda" Uhura. I totally agree with Nicky's uncompromising statement ... but perhaps for different reasons.

My editor, Wendy Barish, wanted me to do the biographies of the Starfleet characters and I liked that idea, but I simply did not want to rehash old material. I wanted to give the fans something new . . . and I didn't want to bore myself doing it. So I conceived the "dossier" format. This included full name, serial number, birth place, dates, commendations, etc.

This format, then, required the addition of first names, family, serial numbers, and so on where they had not previously been noted. I used (1) my own memory; (2) Bjo Trimble's Star Trek Concordance; (3) Bjo's memory; (4) other obvious sources. I did not read any but the one Star Trek novel I had already read—there were simply too many; I had neither time nor inclination. I was, after all, licensed, ordered, and restricted to Star Trek II (sorta). So if it wasn't in the series, the two movies, the Concordance, or behind-the-scenes-"well-established"-fact, I ignored it.

Example: I had made up a whole history for Sulu, but Pocket Books (who had bowed to the inevitable and the "resident Trekkie" read it and approved) said that Vonda McIntyre had given Sulu a history, so I used that. My whole idea was to use all reasonable sources, to make it fit in. I used some starship names from another book.

Example: Spock had never had a serial number, so I gave him WR39-733-906, which had been assigned to me some years before by the U.S. Army. McCoy got my phone number as of that date. Kirk graduated from my high school and had my sister's birthday. Chekov had my father's. McCoy had my daughter's, and he was married on the day I was married and divorced on the day I was writing it. Scott was born on my other sister's birthday; Uhura was born on my ex-wife's birthday, which is the same as our daughter's. 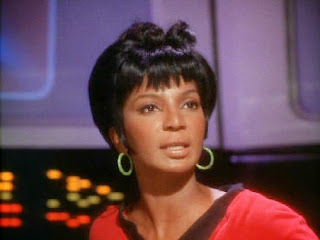 Example: Naming Uhura was the most fun. I looked through one of those twenty-six-language dictionaries (which never seem to have the word you want) and found Nyota under "star." I got Nichelle Nichols's phone number from Bjo—I'd never met Miss Nichols—and called her, told her who I was and what I doing. She was very nice, very polite. I was careful to say I had picked a name for her character—not her—and had checked it with Gene Roddenberry.

You see, I took this attitude: I was writing the official biographies. What I said goes. So "Nyota" is "official," not Penda, not anything else. (And Nichelle liked it.) I admit this is a cavalier attitude, but it was my book, so there.

I larded the book with friends, friends' books, puns, and insults (visible only to friends.).

I think the most fun of all was doing the bibliography. Once I had conceived of the format of drawing from reports, letters, official files, etc., it was an obvious step to books. If the Enterprise crew had saved the Earth that many times, it seems perfectly natural to assume there would be books (or what passed for books, rather, what will pass for books then), documentaries, etc. So I jotted down a few obvious titles, quit work, and went in to watch TV. Somewhere in the evening I thought of a title—just popped into my head—Klingon Cuisine. About one in the morning or so, my usual beddy-bye time, I stopped by my typewriter to make a note of it ... and another title occurred to me.

Next thing I knew it was 4:55 A.m. and I had written five thousand words of bibliography. I used the name of every single writer who had worked on the series; I had used most of the membership list of the Los Angeles Fantasy Society (almost always changing first names or using a first and using the street they lived on). For example, Kalisher Pelz became the author of Klingon Cuisine because Bruce Pelz lives on Kalisher Street. I used the "real" names of historians and others, mentioned in the Star Trek mythos. I switched names—Jim
Bearcloud and George Barr live together, so they became the co-authors of Art of the Stars, James Barr and George Bearcloud. There is not one author who is not based on an "authorized" Star Trek character or mixed'n'matched names of friends. Randy Lofficier becomes Randall; Lola Johnson, wife of George Clayton Johnson who we often refer to as Lola Clayton, became L. Clayton Johnson, etc.

For years I have been using the name of Gregg Calkins, ex-WW II marine sergeant, devoted SF fan,

and friend—and each time I bumped him a grade. In Biographies he is a fleet admiral. I can't get you much higher, buddy . . . except promotion to civilian.

This was the most fun to do of the Trek books, but later they asked me to cut twenty-five hundred words, so I took it all out of the bibliography and didn't try to balance things out; so probably I lost some of the original series writers.

CLICK HERE TO BUY WILLIAM ROTSLER'S NOVEL PATRON OF THE ARTS FOR KINDLE AT AMAZON - ONLY $2.99.