An Interview On William Rotsler With John and Bjo Trimble

Here's a very special treat: a brand new interview with John and Bjo Trimble on their friendship with William Rotsler!

On behalf of the Rotsler Estate we want to thank John and Bjo for this: a loving tribute to a fandom favorite from two fandom legends! 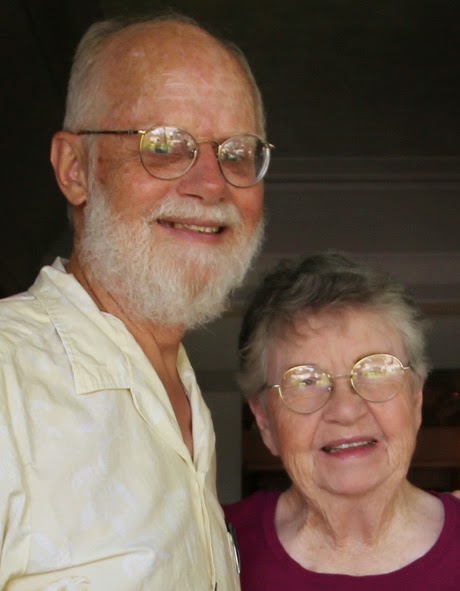 When and how did you first meet Bill Rotsler?

(Bjo): I met Rotsler soon after I ‘discovered’ SF fandom, but I could not tell you exactly when. At the time, I was rather dazzled at being a rare female SF reader in a large pool of male readers, so one guy seemed pretty much like all the others. Over time, I realized that some of the males rose like cream to the top. At that time I began to actually ‘see’ Rotsler.

What was your first impression of him?

(Bjo): He was all those things, along with being one of the first really sensitive males I’d ever met. He came across on the surface as a wry cynic but underneath he really felt deeply for others.

How, if at all, did that impression change over the years?

(John): As I learned more about him, I realized that he was knowledgeable & talented in ways that weren’t apparent to the casual fan acquaintance. For instance, most fans were completely unaware that he had been an award-winning sculptor, working mainly in bronze, creating major pieces for individuals, churches and public buildings. He couldn’t afford a mask & respirator at that time & that was one of the things that contributed to his health problems later in life.

(Bjo): As our friendship blossomed, I realized that here was a man who liked me for me, not because I was someone’s girlfriend. That meant a lot to me. By this time I had come to appreciate what a talented and versatile artist he really was. This includes his wonderful photography; he could make any woman look beautiful and glamorous.

Were you around when he was making any of his famed "nudie" movies or photo shoots?

(John): I wasn’t present at the shoots, but met some of the models and saw some of the pictures before they saw print.

(Bjo): He would often introduce himself as a “naked lady photographer” just to see people’s reactions. I wasn’t at any of his nudie shoots, but I did show one of his models how to use makeup more effectively, since I did makeup in college theater. Rotsler’s Christmas cards were always photos of him, looking profoundly smug, surrounded in some artistic manner by nude women. The cards were so beautifully done that we could tape them to our walls along with other cards, and few people thought the cards were prurient.

Did you ever collaborate with him on any projects?

(John): Bjo & I worked with him on “Little Red Riding Hood” (Bjo was the title character & adman Ken Soule was the Big Bad Wolf). We also helped with “Rock Fight” a stop motion cartoon film.

(Bjo): He & I would get into cartoon duels (on rolls of shelf paper!) anywhere we could make room to get down on the floor and draw. This was especially popular at Forry Ackerman’s annual birthday parties & we’d leave the results for Forry to send to overseas fans. Even when other and far less talented cartoonists than Rotsler would horn in on the game, he was always kind to them.

He seems to have been a kind man. Did you ever have any experiences in that regard?

(John): After an all night prepwork session for the backgrounds for “Little Red Riding Hood,” Bjo, Rotsler & I (& fellow fan Ernie Wheatley) went to Cantors (the iconic Jewish deli on Faifax Ave) for breakfast. As we were finishing up & preparing get up to go pay our tab, Bill noticed a man sitting alone in a booth not far from us. It was Mel Blanc, the voice Bugs Bunny & Elmer Fudd among other characters. He was recovering from a horrible auto accident & was only just beginning to go out again. Rotsler grabbed a placement, turned it over and he & Bjo turned it into a “We appreciate Mel LeBlanc” certificate, which we slipped onto his table as we passed by toward the cash register. We looked back to see him looking around with a big grin on his face.

(Bjo): Unknown to many, he was always ready to help a friend, or even an acquaintance, down on their luck. Though he was never a wealthy man, he probably gave more money away than many a rich man ever did. It was a custom for fans to go for snacks after a LASFS meeting. When he knew that a student SF fan didn’t have much money, the kid’s bill was somehow handed to Rotsler. He always waved off grateful thanks. 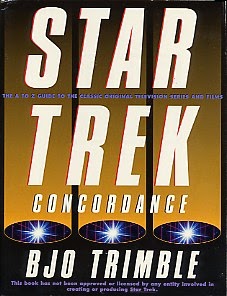 Were you in contact with him when he was writing Patron of the Arts? If so do you have a story or two to share?

(John): He told us he was writing a novel, but we weren’t really involved.

(Bjo): We were very interested, however our copy of Patron of the Arts disappeared from our house before we ever had a chance to read it. We had to track down someone else’s copy to read.

He also wrote some Star Trek books, did you have any contact with him during that period. If so, can you tell us a bit about that?

(John): He used Bjo’s “Star Trek Concordance” as a primary reference when he was writing those books & complimented her on how skillfully she had reconciled the many unavoidable inconsistancies in filming the series.

(Bjo): He consulted with us on several facets of the Trek universe that he planned to introduce through his Trek books. He liked to sit around with both of us, talking about it. One thing that always bothered him, for some reason, was that neither Sulu nor Uhura had a first name. Chekov did, so why not these two? So he carefully researched some names for them. They were so right for the characters that the names were subsequently adopted into the Star Trek canon, and used by other Trek authors.

Bill was also a fan, can you talk about that side of him?

(John): Rotsler contributed thousands of drawings and cartoons to fanzines over his many years, demanding nothing in return. He participated in club activities and conventions without ever getting involved in the politics of any of them; a great (& rare) achievement.

(Bjo): He thoroughly enjoyed most fans, though he was not always an active participant. This was due more to time and money than anything else. His impromptu cartoons were freely given to anyone who wanted them. However, he had little use for malicious gossips and downright mean fans, and always stepped in to encourage someone who had been put down by another fan.

Bill was certainly a renaissance man – and a huge SF fan as well as a friend of fandom – might you have a few stories of conventions and events you shared?

(John): “Rotsler’s Rules” were pointers he wrote for masquerade participants (“Those who are well larded should not go leotarded”), hoping to make them better. They hold as true today as when he wrote them. He also ran a few panels to try to teach fans how to flirt with the opposite sex without being overbearing or crude. He loved having our (then teenaged) daughter Lora on those panels as a prime example of someone who knew how to flirt without any serious side to the flirting.

At one convention where the coffee shop food was terrible, Harlan Ellison was served a sunny-side up egg that was positively ossified. He was outraged. Rotsler took the egg, turned drew on it to turn it into a cartoon and we hung it up in the Art Show. The hotel management was not amused and tried to make us take it down, but we all pointed out that it was now a work of art.

(Bjo): One major thing about Rotsler is that when he enjoyed himself, he showed it. So at conventions, it was common to see him sitting around with SF writers and artists, watching the passing parade, and delighting in the event. He would often draw and toss out cartoons as fast as his felt-nib marker could go across paper. Or a saucer. Or a woman’s breast. Whatever was handy to draw on. The egg art was a prime example of his pixie sense of humor.

If you could leave SF fandom with a memorial to Bill Rotsler what would it be?

(John): Perhaps a book showcasing all the man’s incredible talents, but even that wouldn’t be adequate.

(Bjo): A book would have to be a marvelous ‘coffee table’ deal, full of surprises on every page. It could be done, but a very talented person would have to take on this project. I’d hate to see it in the hands of someone who never knew Rotsler. After seeing the Dr. Seuss sculpture garden, with life-sized Seuss critters, I think it would be highly appropriate to have such a thing for Rotsler, with bronzes of his main characters. Perhaps not a full garden of them, but a set of miniatures would be just fine. It would suit Rotsler’s sense of humor.

BTW: We knew of Rotsler’s daughter, but never knew he had a son. Just goes to show…. 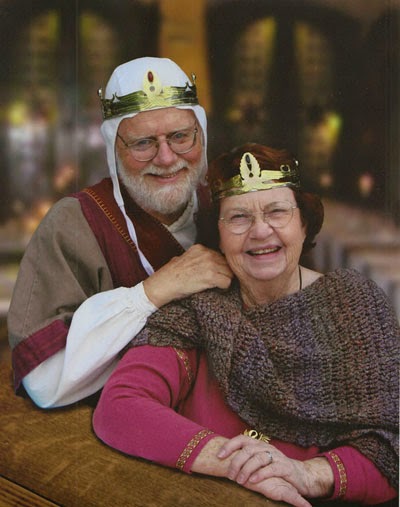